Had a blast playing this, but it would be nice if there were a menu with some settings. the option to turn off the screen so violently shaking when blowing up the bigger enemies would be great. I don't get motion sick in games usually, but that kind of made me nauseous

Really great. Great use of Reynolds! 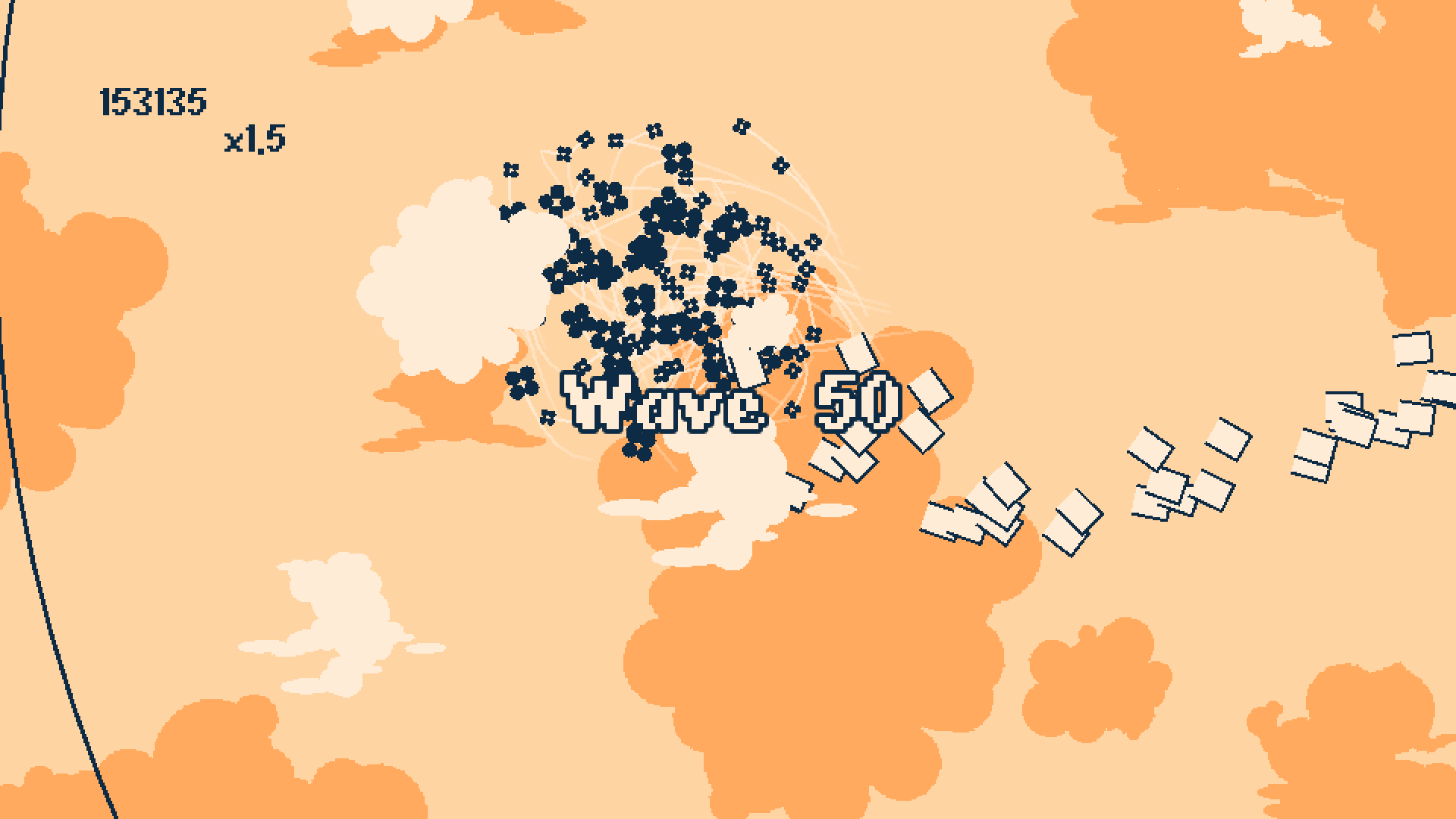 please make a 32 bit version, thanks

Hi, made a 32-bit version, let me know if that works for you!

Wow, this is a real fun and addicting game! Just finished my first round and got 15296. Love the features and the game itself
10/10

Spent like half an our on my first round - 100000 score B^) Didn't think a game this simple would be so exciting but I had an incredible amount of fun!

wish i could change the controls. Impossible to do shotgun formation on a laptop's touchpad,

Absolutely Fantastic game, I had so much fun building my fleet up from a few pathetic little ships to a giant unstoppable fleet of death that shot so much so quickly that the screen shook Uncontrollably and the game started to lag.

There is something very satisfying about being so powerful that you start to break the game.

With that being said i think the game could defiantly do with a touch of optimization to help it out, especially in the higher levels. Part of the fun (For me at least) is trying to navigate the absolute chaos of enemy ships and bullets, Desperately trying to form a plan amidst the madness that fills the skies, and its a bit of a shame that the later levels, where the game really starts to comes into its own, As the player starts to get a firm grasp of how best to maneuver their fleet and the chaos really starting to ramp up, is also where the game start to have serious performance issues, and as a result you cant really enjoy what should be the best part of the game.

I genuinely love this game and hope it gets the polish it needs to fix the performance issues and add a little extra content as i would love to go back out and command my fleet of death against those pesky aliens again.

phenomenal :O felt similar to luftrausers in a good way.

Damn,this is awesome man. What I love the most is how different the swarm feels with each upgrade and how much they matter. You can feel yourself getting more powerful and at the same time, more vulnerable with more enemies thrown at you. High score so far is 2708 but I'm definitely playing this more

10/10 very fun being an unstoppable swarm of death

Really fun. At some stage the amount objects that are beeing created makes the game lag. A great solution to that would be object pooling, since you are using the same objects over and over again. 'yourgeekeric' has a nice video on yt about how to implement that in godot.

Hey, yeah there's lots of optimisations to make if I had time. It's actually most likely the cost of the steering behaviours that causes the lag, rather than instancing stuff. Each boid has to iterate over each other boid (to determine avoidance steering) so there's O(n^2) scaling, and GDScript is not particularly fast to begin with.

Thanks for the nice comments!

Hey this is awesome! Very polished.

I know this is for a game jam but if you continue developing this, I recommend changing the main body (the circle) so that it stands out easier when you've got a lot of drones. I had a large fleet and was having trouble finding where the circle was. Perhaps making it have a different color like light green or something.

Another is to set a cap on max sounds playing. With lots of upgrades in the rate of fire + a large fleet, holding down the fire button spams the "fire" sfx too much and gets very very loud.

Late game, when you've got a lot of upgrades + large fleet, it shakes the screen a ton and lags the game until you stop firing. Can't really do much about the lag though.

But yeah, great work! And I hope you continue to develop awesome games!

Thanks for the great feedback! Yeah you are correct on all points, I might continue developing a post-jam version to resolve those issues.

Awesome game! You handled the drone grouping in a really cool way

Love this one, accidentally put an hour into just zooming around! Would be nice to see numbers for stats if you end up developing it further :)

You got a bug with invisible un targetable enemies spawning that prevent the level completion.

Really fun and well-polished game! Love the way your little drones move around you. Awesome job!